Application :-
1.Many chemical properties of Sodium Metabisulfite or sodium pyrosulfite make it a versatile compound useful in many applications.

2.It can eliminate dissolved oxygen in waste water and in pipes. It functions as a bleaching agent, which is useful in making paper pulp, cotton and wool.

3.It is used in water treatment plants to remove excess chlorine. In and manufacturing, Sodium Metabisulfite or sodium pyrosulfite checmicals are often used to sterilize the equipment

5.It acts as an antimicrobial, inhibiting the growth of fungi and bacteria, thereby keeping food fresh and safe.
6.Sodium metabisulphite is an antioxidant additive in injectable medicines and is also used as a reducing agent in pharmaceuticals.
7.Sodium metabisulphite is also present in and , as it is used as both a sterilizer and an antioxidant in the process of brewing or fermenting .

8.The chemical is also used in the process of purifying water, cleaning water pipes and reverse osmosis membranes in desalinization equipment as it is an antibacterial.
9.Sodium Metabisulfite's acidic and preservative properties also make it an effective substitute for sodium bisulfite, a chemical which is used in traditional darkroom photography.

10.Also, Sodium Metabisulfite is used as a bleaching agent in pulp and textile manufacture, as well as a reducing agent in pharmaceuticals. It is also a known preservative in cosmetics.

11.The chemical, in concentrated form, has also been used in landscape gardening as a tree stump remover, as it disintegrates the lignin -- chemicals in plant cell walls -- in the tree stumps, making them easier to remove 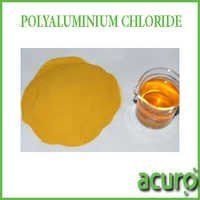